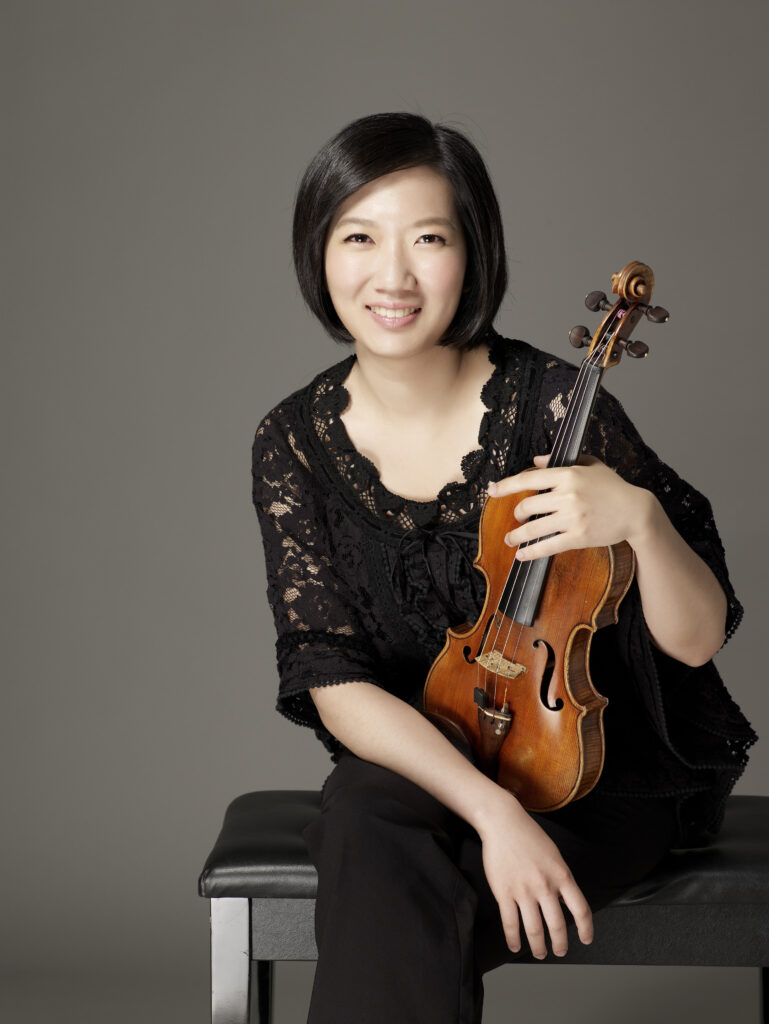 Based in Kitchener, Ontario, violinist Jung Tsai has performed extensively in the region where she serves as 2nd Associate Concertmaster in Kitchener-Waterloo Symphony Orchestra. Her other main appearances include performing as guest concertmaster and guest soloist with several local symphony orchestras in Ontario.

Ms. Tsai is also a committed chamber musician in addition to her solo and orchestral performances. She has participated in the ensembles of string quartet and piano trio in the past which brought her to performances in North America. Recently she has been part of the Coriolis chamber ensemble that has been annually presented in chamber series concert in Quebec and Ontario provinces.

Jung received her Bachelor degree in Mannes The New School for Music (New York), Master Degree in DePaul School of Music (Chicago) and Artist Diploma in McGill School of Music (Montreal). During her stay in the United States she has won several prizes including winner of Mannes Community Concerto Competition, finalists of Plowman Chamber Music Competition, and Luminaries Fellowship winner of string category. Her past teachers include Nina Beilina, Ilya Kaler, Axel Strauss, Jonathan Crow and Denise Lupien.